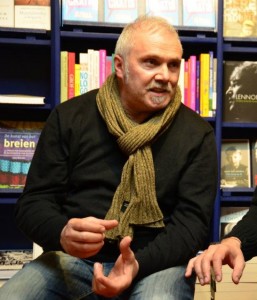 La Tammuriata is a music tradition lived in the rural areas around the volcano Vesuvius, in the South of Italy. Throughout the transformation of seasons, the tradition connects the existentiality of the local population with their everyday social lives and work, the earth and the elements of nature, and with their ancestors and spirituality. With utter devotion and care, la Tammuriata has been passed on as a strictly oral tradition over many generations and is today an intriguing tradition transcending the limits of everyday space and time in a powerful ritual to cleanse up the social and metaphysical tensions that obstruct the eternal progression and repetition of life’s cycles. Dr. Riciciardelli will talk about the connection between the executions of Tammurriata and the ritual usage of sound, song and dance. Valerio Ricciardelli

Valerio Ricciardelli ( Montoro Inferiore, Avellino, Italy ) anthropologist of musical cultures and expert of ethnomedicine and ethnopsychyatry. In 2008 he wrote a book from the title L’ultima Sacerdotessa (The least priestess), published by Scuderi, Avellino about the anthropology of pilgrimages,the funeral lamentation, the analysis, from an ethnomusicology and ethnopsychiatric point of view, of the tarantella of the Irpinia-Cilento area.

Isabella Ruggiero ( Napoli, Italy )is dancer, researcher and choreographer of traditional dances from the South of Italy, Egypt and the Middle East. Isabella is based in Amsterdam, the Netherlands, and organizes artistic residencies in the Netherlands with the aim of creating a bridge between Mediterranean and other local cultures to spread music and dance culture abroad.