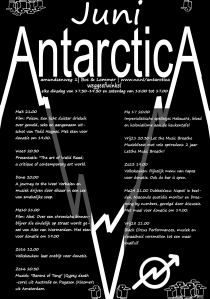 Nascendo quotidie moritur
2012, 7.28 min, black/white, nonverbal
Land:Italy
The Fontanelle cemetery in Naples is a charnel house, an ossuary, located in a cave in the tuff hillside called of Materdei, in the heart of the old city. It is source of a fascinating phenomenon in the folklore of the city.
A spontaneous devotion to the cult of relics of this nameless dead developed in Naples. Lovers visits to the skulls, cleaned them-“adopted” them, in a way, even giving the skulls back their “living” names (provided by dreams). A whole cult grew, dedicated to caring for the skulls, talking to them, asking for favors, bring them flowers, etc.

Dreaming by Numbers, 2006, 75 min.,black/white, 16mm, IT.spoken with English subtitles
Director : Anna Bucchetti
Land: The Netherlands
Each event has its own number, according to the Italian book numbers Grimace. Neapolitans take numeral system very seriously and hope their advantage will come.
Dreaming by numbers visit a hundred years old lottery office in Naples where local residents and passers bet on them for important numbers.